Marketing Automation: How We Got Here

For many people, even those in the technology industry, the terminology used in our industry can often seem overwhelming.  In order to understand how we define the market today, it’s sometimes useful to take a look back at how the industry evolved, and to understand the current world of marketing automation it’s sometimes helpful to rewind the clock, all the way back to the beginning of the CRM industry.

CRM is short for Customer Relationship Management, a term coined back in the 1990’s by software  industry veterans who were creating technology that was designed to help a company manage its relationships and interactions with existing customers and potential customers. The idea was simple, if you could track every interaction your company had with its customers, you could serve them better and build better and stronger relationships over time. Today when people talk about CRM, they are usually talking about a CRM system, like Salesforce.

The early vision of CRM software was that you would store data about your customers in one system, and then every customer facing person at your company who interacted with your customers would be able to see everything. The three major departments at B2B companies that interact with customers are commonly Sales, Customer Support, and Marketing.

Having one centralized system for sales, support, and marketing would allow a company to coordinate activities around a customer.  Having a so-called “360 degree view of the customer” allows a company better support a customer, target marketing campaigns to a customer, and sell more products to a customer over time.

Siebel and the Rise of Salesforce

The company that many people credit for having the original vision for CRM and creating the most comprehensive software was Siebel, founded by long-time Oracle executive Tom Siebel. Siebel created a CRM system with apps to automate the entire sales, support, and marketing process.

All 3 apps were tied into one centralized database giving everyone the single view of the customer.  But the system had one major drawback, it was built as on premise software, which meant that it was incredibly expensive for a company to buy the software, buy computers, run a datacenter, and hire people to make it all work.

Enter Salesforce, the company that pioneered cloud computing. Salesforce started with a vision to replace on premise CRM software with a new style of CRM software that would be run and accessed on the Web.  But being a smaller company, they couldn’t tackle every aspect of CRM out of the gate. So they focused first on creating a salesforce automation app, hence the name of the company.  And while there was early functionality in Salesforce for customer support and marketing, the functionality was quite limited.

The Slide That Set Marketing Automation in Motion

With the early success of Salesforce and their salesforce automation app, customers gathered annually in San Francisco at the Dreamforce conference to share ideas, tips, and techniques for creating a modern CRM system running on the Web.  A pivotal presentation was delivered in 2006 by Tien Tzuo, one of the earliest executives at Salesforce and now founder and CEO of Zuora.  His presentation was titled “21st Century Marketing” and in it he described how Salesforce (the company) had created a predictable selling model.  Here is the key slide from his presentation:

The Companies That Created The Category

At the time there were many in the audience who viewed his presentation and were already working on building software for marketers that could be used to run campaigns, generate leads, and plug the new marketing process into Salesforce.  At the conference were the founders of new marketing software companies that would come to create the next generation of Marketing Automation software: Eloqua, Marketo, Pardot, and Hubspot.

These were early stage companies at the time that could focus entirely on automating the marketing process that Tien laid out in his now infamous presentation.  In doing so they set out to create an end-to-end system that, along with Salesforce, could automate the entire marketing and sales process.  Early diagrams of that process looked something like this:

Today the total addressable market for B2B marketing automation software is north of $4 Billion globally  and it’s no secret that the pioneers of Marketing Automation technology have all been insanely successful.   Eloqua ended up being purchased by Oracle in 2012 for nearly $900 Million.  Marketo sold to Vista Equity and later to Adobe in 2018 for $4.75 Billion, and Pardot sold to Salesforce in 2012 for $100 Million.  Today Hubspot is a publicly traded company with a valuation of more than $5 Billion.  And with such a huge opportunity there are numerous other players that compete for market share as well including ActOn, Unica, among others.

Today over 200,000 companies globally have some form of CRM in place, and the original vision of CRM still resonates with companies large and small. The combination of existing technologies and new technologies (like conversational marketing tools) will continue to push the envelope and help companies manage their interactions with customers to serve them better and build better and stronger relationships over time. 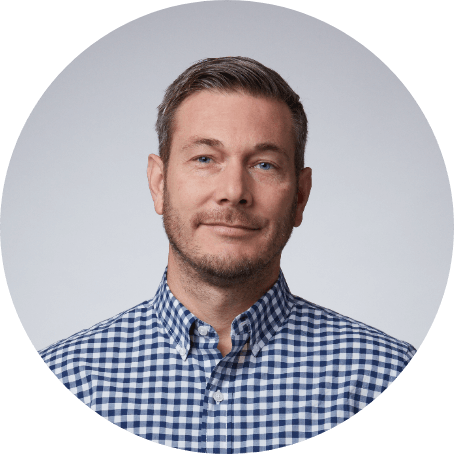 The Benefits of Account-Based Marketing Motions

Conversational ABM is the key to our digital-first present.

Conversational ABM: How to Engage Intelligently with VIPs

Conversational ABM: How to Alert and Route Target Accounts on Your Website