Meet Amy Clausing! You've probably seen Amy at events across the tech industry—she's an absolute legend in the space. Learn about Amy, her bet on the future of events, and what she's most proud of at Qualified ⬇️

Tell me about your journey to Qualified?

Amy: Many years ago—way too many years for me to want to admit to, I actually worked with Kraig, Sean, and Eric at a company called Web Methods. I've been in touch with most of them ever since.

I worked at Oracle, I worked at Web Methods, I worked with Service Source, and Appirio. Then I found my way to Campaign Monitor / GetFeedback, which was eventually acquired by SurveyMonkey, so I kind of had a long road.

But throughout the years, I've kept in touch with the founders, and this time last year, I started talking to Maura (Rivera) just personally. One thing led to another, and a month later, I was hired! My actual one year anniversary was Tuesday, April 26, and it feels like five years, and it feels like six months, all in one.

So in terms of my journey to Qualified, I've always been in tech marketing for most of my career. I've worked full time for most of it as well. When my son was younger, I took a little time off and I was a contractor. So that's  how I started at Campaign Monitor / GetFeedback. As time went on, I evolved into a full-time role there and eventually went through the acquisition with Survey Monkey and then found my way here!

I had hoped to join Qualified for a long time. I've known about Qualified forever, but when the pandemic hit, frankly, I was thinking that would never happen because events just seem to be completely dead. So really insanely grateful that I'm able to be here now and that I'm able to stand up this event motion at Qualified.

How has the role changed in the last two years?

Amy: It's been really hard. My former boss Sal, who's also a dear friend, told me, your job evaporated on April 1. That's true. It was really hard. But there are always silver linings. Luckily GetFeedback had been acquired, so we were part of a larger company and I was in the safe space. To be honest, I found a way to make myself useful. But  it was hard. It was not as rewarding. Everyone went right to virtual events, and I didn't love them.

I still don't love them. I don't know how other people feel, and maybe that sounds kind of negative, but I don't love virtual events. I think it makes it really hard to connect with people in a meaningful way. I think people are just crazy distracted. So trying to connect over Zoom or some other event platform is really hard. But you know what? I also learned something. I learned how to put on a completely virtual event. I was proud of the work we did.

We actually had really great success with those events. So like I said, silver linings everywhere in terms of how I think about events now and  moving forward, I think this virtual world or the hybrid world is here to stay.

I'm cautiously optimistic that over the next six to twelve months, we will see an event world, a live event world that looks it's a lot more like 2019, but only time will tell. I'm going to be extra optimistic and say that we have an almost normal Dreamforce in 2022!

What are you most excited about regarding the future of events?

I'm very curious about what it looks like. How do I think about why I would do an in-person event versus a virtual event? I think that's a challenge that event marketers have to face. We have to be creative. And most of all, I think event marketers need to be very purposeful in how we use these different events.

People are really used to consuming content over Zoom right now. They like going back to on-demand. They like doing it on their own schedule. So there's a lot of value, but it does miss the connection piece.  I'm excited to see where this goes.

I'm excited to see what other people in the industry are doing, and I'm excited to experiment on our own with programs that might look a little different than they would have three, four years ago.

What excites you most about Qualified?

Amy: There is so much. First of all, I think back to when I had lunch with Maura on one of her first days at Qualified.  I don't even think there was a roadmap for a product. I think about her. I think about the founders.

I think about the very first employees like Blake and Tony, and how they've had to do so much to get Qualified to a point where people who joined a year ago are able to build on what they had already started. I'm really proud of them. That excites me. It inspires me, and I just feel so grateful that I get to be part of the journey at this point. I have mad respect for what they did in those early days, especially with COVID. It had to be quite scary, so I just feel grateful to be part of this.

I also see a ton of potential for this company. We had one product when I started. We have two products now. What does the future hold? I have no idea, but I have such faith in the product leaders and in our executive leaders to forge a path to a really exceptional company. I'm very excited to be part of that. I know this is a special time. I've been in the working world and the tech world for more years than I want to admit to.  I know that we have something very special here and this is a very special moment.

I like being part of the building, but I also see myself in two, three, four years looking back and going, Holy cow, look what we built.  I was part of that!

Lastly, hit me with a humble brag

Amy: I know I just mentioned it, but I am incredibly proud of building our event function. We had a couple of things lined up, but there weren't enough hands on deck to execute. Yet, we stood up a program! We stood up a program that, last I checked this morning, has contributed over $2 million in first-touch pipeline and influenced over $11 million in twelve months! I'm really proud of that. There's a lot more to do. There are things I've learned, but I'm pretty excited about that and I think it portends good things for the future.

Personally, I know people hate talking about COVID these days, I do too. But I'm really proud that over the last two years, through a really challenging time, my family has made it through intact with a sense of humor.

Amy, you should be so proud of the work you've contributed to Qualified. You're the absolute queen of events, and the Marketing team is better because of you! 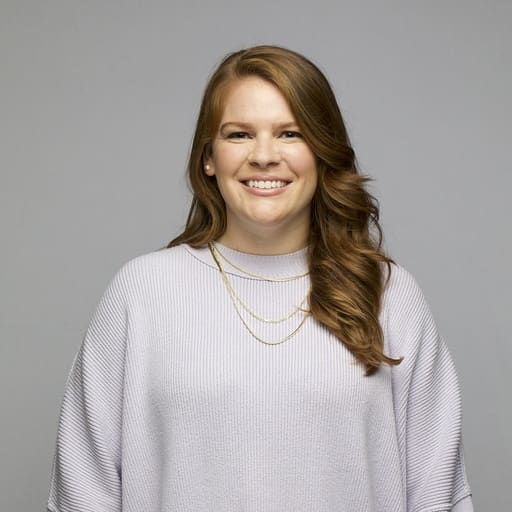 In addition to the Best Place to Work, we're excited to share we won the Wellness award!

Today we’re excited to announce our latest round of financing, led by new investment partners Sapphire and Tiger Global.

Discover content for B2B sales and marketers, on demand. From Keynotes to Podcasts, we’ve got you covered.