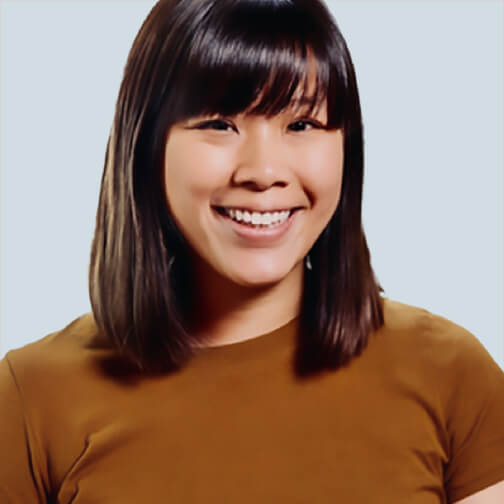 Expensify is the world’s most widely-used receipt tracking and expense management app. Whether you’re working for yourself, managing a team, or closing the books for your clients, Expensify helps you ditch the spreadsheet so you have more time to focus on what really matters. Download the Expensify mobile app or sign up at use.expensify.com today – because you weren’t born to do expenses.
INDUSTRY
Computer Software
FOUNDED
2008
WEBSITE
www.expensify.com

Joanie Wang is a marketing and communications generalist interested in human behavior and the psychology behind what incentivizes people to action — whether that is increased civic engagement or purchasing a product. A Boston native, she currently heads up marketing at Expensify. Since joining in 2014, she has helped grow Expensify into the most recognizable expense management platform in the space through unconventional means, including ExpensiCon - the industry’s first all-expenses-paid thought leadership conference. She also wrote the industry’s go-to guide on preaccounting, spearheaded the launch of some of Expensify’s biggest initiatives including the ExpensifyApproved! Program, the CPA.com partnership, and Expensify Australia, and continues to grow Expensify’s brand both globally, as well as locally in Portland, with a world-class team.

This episode features an interview with Joanie Wang, Director of Marketing at Expensify. Since joining in 2014, Joanie has helped grow Expensify into the most recognizable expense management platform in the space, spearheading the launch of some of the company’s biggest marketing initiatives. She has been named one of the Top Women Leaders in SaaS and one of the accounting industry’s Top 20 Influencers under 40.

On this episode, Joanie discusses how Expensify’s relentless focus on end-user experience turns customers into devoted champions of the product, how they work to cultivate a positive brand experience in every consumer interaction, and the process of launching their massively successful Super Bowl ad campaign.

“We've been very end-user centric in how we build out our product and who our ultimate consumers are. There are a lot of similar apps out there that focus on the person buying the software, not necessarily the person using it. What we realized is that when you focus on the end-user experience…they really become huge champions of your product.”

“At the heart of it, demand gen at Expensify is essentially a partnership between marketing, business development, and sales. We focus our efforts on entering and growing new markets by accelerating our word of mouth business model. It's been the heart and soul of our business since day one, and it's something that's been really effective for us.”

“We focus a lot on creating experiences–whether that's at trade shows, in product, etc–creating experiences that are memorable and everlasting so that people not only believe in your product and love it, but become champions of it.”

“I recognize that brand is sometimes the opposite of demand gen, but I do think that it is a very important factor– from a top of funnel perspective–to stir interest and to create that initial awareness about our product.”

“We picked the Super Bowl because we knew that it was a moment in culture that everyone is paying attention to. In terms of meeting the audience where they are, that was kind of our moment. Everyone's paying attention. In fact, people are always on the lookout for commercials…We wanted a super large audience who is receptive to this kind of brand play, this sort of this messaging, and we wanted to meet them where they are.”

“I think there is a shift in people understanding that Millennials and Gen Z are the super savvy ones who are starting to enter the workforce and they'll be the ones to possibly make or break your business in the long term.”

(11:49) How Expensify Creates a Bottom Up Adoption Model

(27:25) Joanie Opens Up About Making a B2B Super Bowl Commercial