The 5 most inspiring saleswomen in history

March is Women’s History Month, and we want to celebrate that by sharing stories and lessons from a few of the most inspiring saleswomen of the last 150 years. 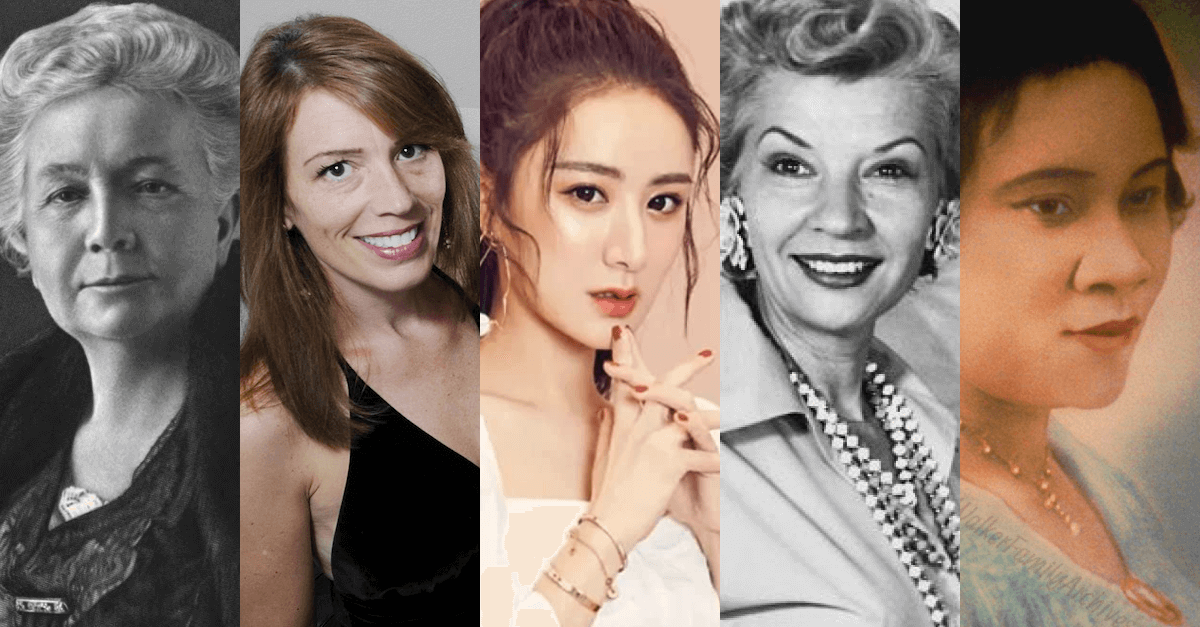 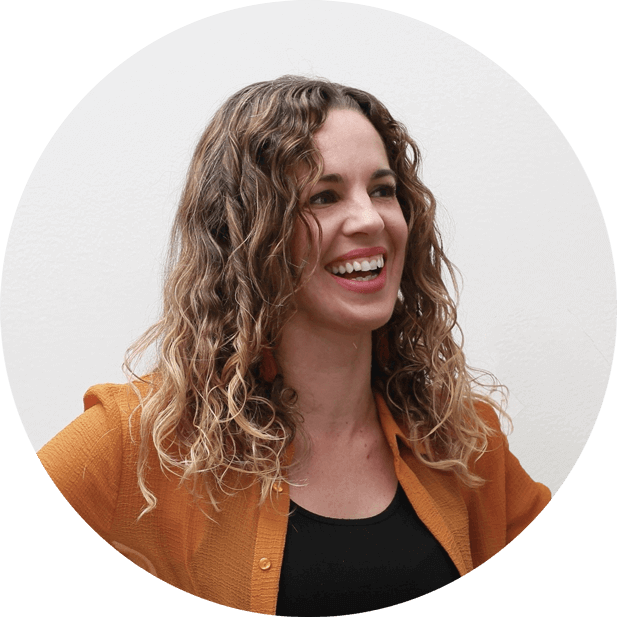 March is Women’s History Month, and we want to celebrate that by highlighting a few of the most inspiring saleswomen of the last 150 years. There are so many more stories we could tell, but that’s why women’s history should be honored year-round, right? Did you know that women have an 11% higher rate than men as closing sales deals? (Performio) Let us know if you have any favorite sales superstars you’d love to see highlighted, past or present.

These five women not only blew other sales reps out of the water during their careers, but built companies by scaling their sales prowess. Their strategies offer valuable lessons for us today for successful demand generation, conversion and customer relationships.

Anna Bissell started her career at 16 years old, as a teacher. After getting married a few years later, she ran a crockery and china business with her husband in Grand Rapids, Michigan. In 1976, her husband, Melville, invented a revolutionary carpet sweeper to clean up the product mess from their floor, and Anna brought it to the world.

She became a traveling salesperson, launching their carpet sweeper across states. Anna focused on housewives wanting to reduce the dull grind of housework as their #1 target audience. As the Bissell company grew, she decided that they should expand distribution to major department stores. Anna, still the #1 salesperson in the company, led their pivot to B2B, visiting store owners herself to persuade them to sell the sweeper. The product became a national hit.

When Anna was 46, her husband passed away. She became CEO of the Bissell company (the first woman in America to do so) while taking care of her 5 kids. She created trademarks and patents and launched their sweeper business internationally in 22 new countries. Anna drove such demand that even Queen Victoria started insisting that her palace be ‘Bisselled’ every week.

Anna was one of the first business owners to provide her employees with pension plans and workers compensation. She became an admired philanthropist and supporter of youth programs. Bissell is still a successful, family-owned company today.

What we can learn from Anna:

The first woman in America to become a self-made millionaire was also the first child in her family born into freedom after the Emancipation Proclamation. Sarah Breedlove had just three months of formal education, but eventually started working in sales for a successful African American hair care entrepreneur, committed to providing her daughter with a better education.

Sarah dealt with ongoing scalp and hair loss issues common among black women in that era due to harsh products and health issues plaguing low-income populations. She developed her own hair care line under the name Madam CJ Walker Manufacturing Company. Mainstream products for black women at the time focused on hair straightening. But Sarah’s value proposition was to help women grow healthy, natural hair rather than change its character.

She brilliantly leveraged social networks and word-of-mouth. She’d conduct demos at churches across the country, build mail lists from those events, and recruit highly social local women as sales reps. Sarah partnered with black business associations and leaders such as Booker T. Washington, and made sure to advertise in every major black newspaper across the country.

Madam CJ Walker launched internationally in Haiti, Jamaica, Costa Rica, and Cuba. Her illustrated lecture presentation not only covered product benefits, but celebrated major accomplishments of African Americans in business and education since the Civil War. She became known for her business success and her extensive philanthropy and activism on behalf of African Americans.

Brownie Wise gained early exposure to the challenges working women faced in the 1920s by traveling to union meetings with her activist mother when she was a teenager. Later, when a divorce left her a young single mother, she was determined to succeed on her own.

She gained recognition for her success in using the home party system of direct sales, which combined a social event with a sales presentation. Earl Tupper, the inventor of Tupperware, was so impressed that he brought her on to serve as vice president of the company in 1951.

At the time, people used metal or glass food storage which didn’t seal food tightly, but they were skeptical of plastic. Brownie was a master at demos and door-to-door sales, showing women how to “burp” the lid of Tupperware products to get an airtight seal. Tupperware stopped selling in stores and exclusively used the home party method. Sales skyrocketed.

Brownie built the sales organization by recruiting thousands of women to launch their own party plan careers, becoming a role model at a time when society expected women to stay in the home. She motivated sales reps with incentives like trips, fancy gifts, badges called “Brownie Wings,” and a lavish annual event celebrating top sellers called Tupperware Jubilee.

Brownie became the first woman to appear on the cover of Business Week. Her legacy has been influencing sales strategies for companies across industries in the decades since then.

Erica was a piano prodigy. She studied at Juilliard and even won the talent award in the Miss America pageant. After a thumb injury in 1987 forced her to play less, she pursued an MBA and meanwhile, started selling pianos instead. Erica joined Steinway and Sons in NYC, and rapidly became the top sales rep worldwide. She kept this title for eight years straight.

She sold over $41 million dollars in pianos. Her sales approach is a master class in understanding and adapting to your target audience. Erica calls herself a matchmaker rather than a salesperson, focusing on creating the best possible experience for every prospect. Customers have reported that she inspired them to musical aspirations they didn’t even know they had.

Erica describes her approach this way: “I listen to the tone of their voice, speed of their voice, eye contact or not, and through that, I can often predict what line of business they are in, and once I figure that out, I can speak in a language that they understand best.”

Having been featured in global media, Erica then scaled her ability to bring music into people’s lives. She launched a groundbreaking video game designed to teach people to read music.

Born into a family of retailers, Huang Wei’s path to sales seemed to be a natural one. She’d also always had a gift for performance, winning a reality tv singing contest called Super Idol and becoming the lead singer of a pop group. Once she found a way to bring the stage and retail together, Huang Wei found her home and became ruler of the live online shopping world.

Now known as Viya, she has been known to bring in more viewers on her innovative e-commerce livestreaming show than the Oscars and Game of Thrones finale, hitting 37 million at one point in 2020. This format is built on Alibaba’s platform so viewers can watch, chat with other viewers and Viya, and purchase products simultaneously.

Viya sells a range of products, from cosmetics to cars, and brings in millions of dollars from her audience per night. She’s focused on creating an intimate experience for fans, dressing casually to mirror how they might be dressed while at home in the evenings, greeting them like friends during the broadcast, and advocating for them in real time if they share a complaint in the chat.

Numerous Western brands and entrepreneurs have come to Viya for help in entering the Chinese market, and her ability to level up the infomercial for the social era has retail players everywhere taking note.

The lessons these women have to offer us are timeless. If you have any other inspiring saleswomen you’d like us to highlight, feel free to reach out in the chat! ‍

Here are a few trends in B2B buying for 2021 you may want to check out. To see how Qualified enables real-time conversations, right on your website, in order to drive pipeline and grow revenue, have a look here. 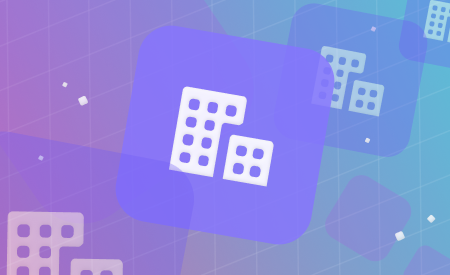 Account selection is a high-stakes art, but a few basic guidelines can help you cut out the risk of selecting the wrong accounts. 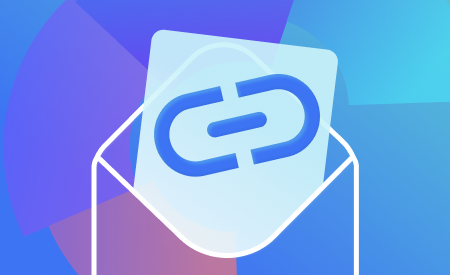 How to use outbound to drive live conversations

See our 1-2-3 Punch formula for using outbound to drive target accounts back to your website. 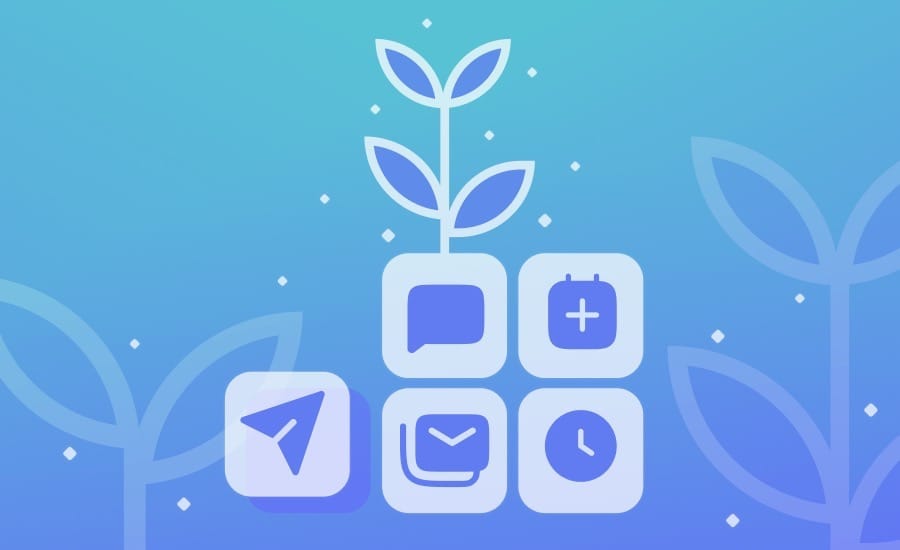 How to compensate your sales teams

The B2B sales world continues to change rapidly, but the role of a BDR hasn’t changed much in the last twenty or so years. 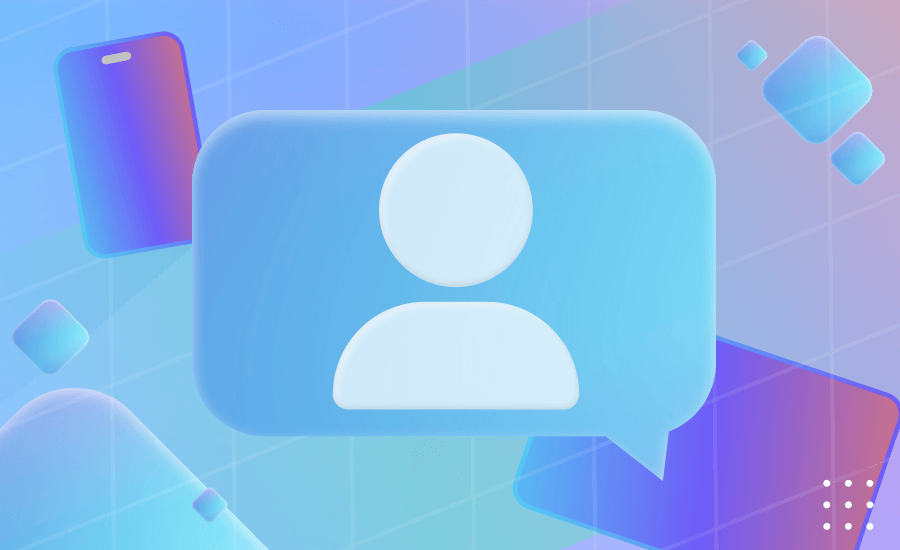 With Qualified’s mobile and desktop apps, reps can connect with their most valuable buyers, no matter the time or place. 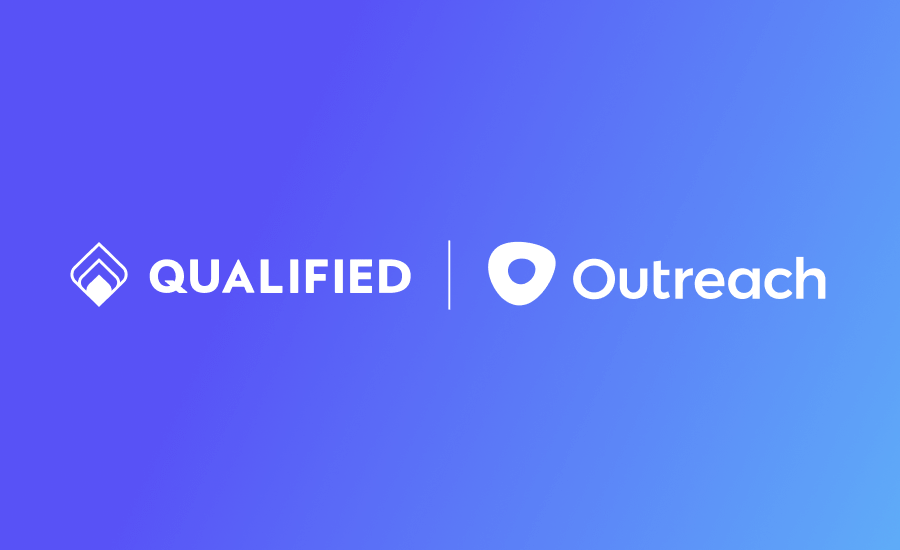 How to accelerate sales cycles in 2022

Visit Qualified to learn how to accelerate sales cycles in 2022. Qualified for Outreach helps sales reps engage target accounts in real-time conversations the moment they arrive on your website. 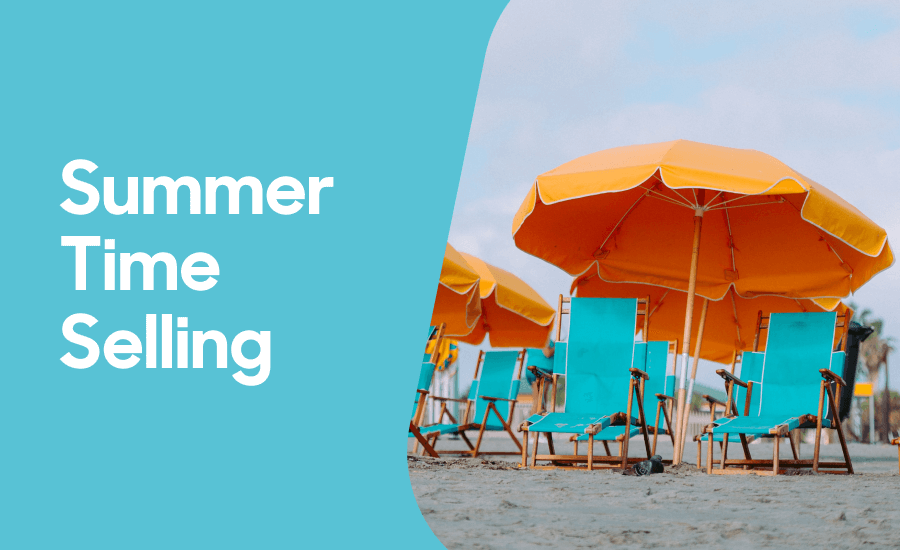 How to sell during summer

It’s summer! The hottest months are the hardest times to sell. Learn how conversational marketing can keep your pipe as hot as the temperature. 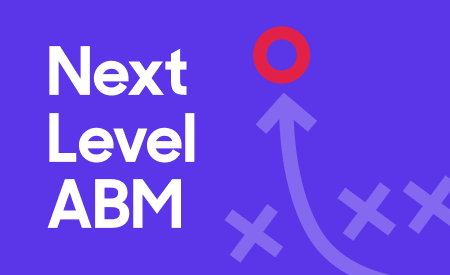 Qualified made a splash with Dremio at B2BMX, the connecting point for targeting and segmentation strategies. 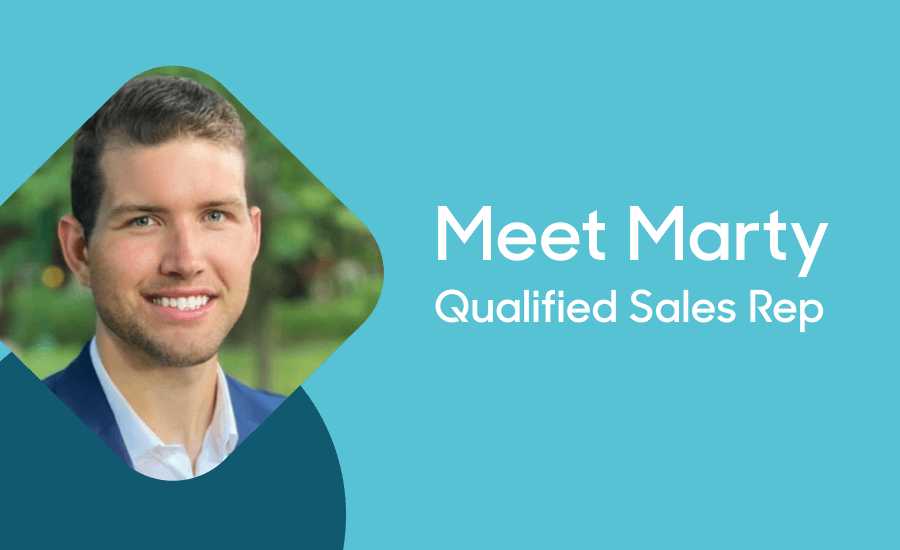 How sales leaders can leverage their website to close

Marty explains how sellers can use conversational sales and marketing to fast-track opportunities to close. 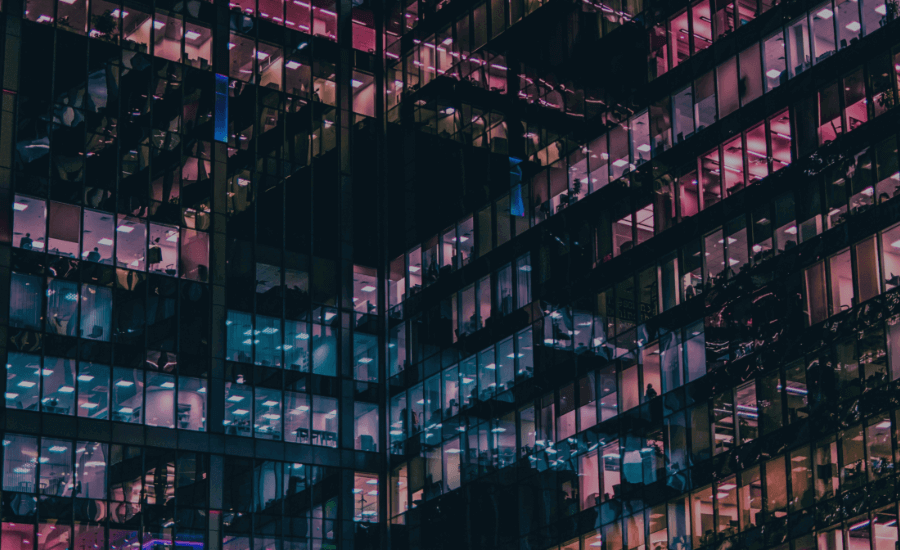 Embedding account-based experience across your org

Visit the Qualified blog for a breakdown of how multiple functions can work together to deliver a cohesive account-based experience for your valuable target accounts.